The list has been dominated by Manchester United, as they have been linked with six players today and here are the best rumours of the day:

According to Calcio Mercato, Everton are showing their interest in signing Portuguese star and according to Cristiano Ronaldo himself, his heir apparent for Portugal, Andre Silva. Six months ago The Milan Club signed him for a price around $48 million and not want to let him go at any cost.

Report from the Daily Mail says that the Toffees are also interested in acquiring the signature of Adama Soumaoro. The best ball-playing defender in France  “The Lille” has a 93% pass accuracy and his inclusion would surely help Allardyce and his men.

Theo Walcott is a man in somewhat of a mess. With the World Cup just 6 months away, the England international is at risk of losing its spot with the three Lions as he has spent of most of his time at the bench with the Gunners this season.

As a result, he is looking to leave and if the report from Daily Mail is to be believed then the former Southampton winger might just head back to the club that groomed him as a youngster. The Saints want him on loan, but are not the only club interested in him as Everton, Watford, Bournemouth, West Ham, Newcastle United and Swansea City have also been mentioned in the report.

Meanwhile, Manchester United’s on-loan goalkeeper, Sam Johnstone, will be recalled from Aston Villa and will be sold to West Brom, according to TeamTalk. This news comes as a bad one for the Villa Park outfit, who were hoping to make his deal a permanent one.

According to the recent Reports, the Hammers have targeted Watford’s Etienne Capoue, who has been the lynchpin for Watford ever since joining the club from Tottenham Hotspur. The report claims that the Frenchman could cost around £12 million for the Hammers.

Speaking of Watford, Marco Silva is keen on working with Islam Slimani, who he trained during his time at Sporting Lisbon, report the Mirror. Newcastle are also one of the clubs interested in the Leicester forward. 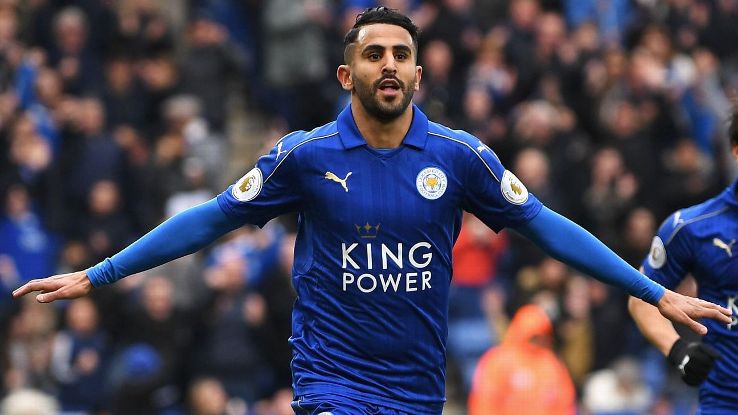 According to Football Transfer Tavern, Tottenham have shifted their focus on Riyad Mahrez, who is also on the list of Arsenal and will look to bring him in January. This signing makes sense since Mahrez could add a lot of creativity to the Lilywhites’ team.

Meanwhile, Arsenal want to sign the player that is on the radar of almost every top club in the Premier League: Wilfried Zaha. Wenger is resigned to lose Alexis Sanchez and sees the Crystal Palace winger as an adequate replacement.

Finally, according to journalist Manuel Veth, Bayern Munich, who are closing in on Leon Goretzka, will let go of Arturo Vidal to Chelsea after completing the signing of the young German.

1) Too much Manchester madness:

The Mirror claim that Manchester City are on the verge to sign Alexis Sanchez, whose contract ends by the end of the season. Meanwhile, the Express claim that Jose Mourinho has urged the Manchester United board to trigger Antoine Griezmann’s £86 million release clause.

According to a very lengthy Manchester Evening News report, Jose Mourinho wants more players in order to challenge Guardiola’s City and has targeted Mesut Ozil and Danny Rose from Arsenal and Spurs, respectively. And then there is a report from the Mirror that claims that Mourinho is using Paul Pogba in order to convince Paulo Dybala to move to Old Trafford in a deal that could be worth up to £90 million.

"The boys deserved to win the game. Our draws were not bad performances, but their attitude, effort, pride and commitment was top-class" – Jose Mourinho#EVEMUN pic.twitter.com/tKJ3azylQR

Also, the Sun claim that Mourinho is keen to bring in countryman Joao Mario from Inter and send Henrikh Mkhitaryan the other way in a deal worth £40 million. No, no, sigh, that’s not all as Don Balon claim that United have targeted Carlos Soler of Valencia. I guess every player under the sun is being wanted by Jose Mourinho right now.